When he was putting together his Young Money roster years ago, Lil Wayne seriously didn’t pull any punches. Keeping himself at the forefront of his “big three,” Weezy F Baby recruited Nicki Minaj and Drake to fill out his superstar team of talent. At their height, Young Money Entertainment was a serious force to be reckoned with. The versatility that Drake presented mixed with the raw bars that Nicki and Weezy could spit earned them a bunch of hit records, shooting both Minaj and Drizzy to superstar levels of fame. The two have enjoyed sustained careers and, although Minaj is no longer releasing much new music, she remains one of the biggest musicians in the entire world. According to Spotify, she currently occupies the eighteenth spot on a list of their most-streamed artists, clocking in 43 million listeners on a monthly basis. Drake is only ahead of her by a mere million listeners and, at the rate Minaj’s fanbase continues to grow on the platform, people believe she’s about to surpass him. With both of them striving at this stage of their careers, Drake decided to bounce back to the glory days of Young Money, showing off a photo of them from years ago.

Nicki Minaj is about to surpass drake even though her music is not being on big playlist on Spotify. the power that this woman has wow.

55 people are talking about this

Updating his Instagram story today, Drake looked back on the memories he built with the Young Money roster — specifically Nicki Minaj. A major throwback was uploaded from last decade, showing the Canadian star with a “deer in the headlights” look while Minaj stared down the camera, possibly channelling her alter-ego Roman Zolanski in the shot.

Take a trip down memory lane with Drake and Nicki Minaj. Peep the image below.

Drake via his IG story. 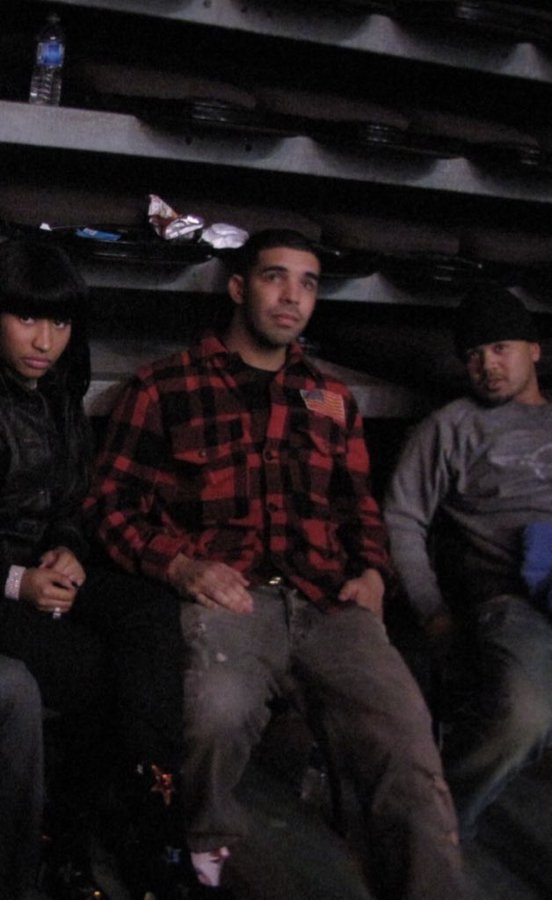