More than two decades since its release, Mariah Carey‘s “All I Want for Christmas Is You” continues to be a wintertime staple, earning a spot on every festive playlist worth its salt. However, 2018 was an especially big year for the holiday classic, as pointed out by Chart Data.

The website reports that “All I Want for Christmas Is You” earned 10,819,009 streams on Dec. 24, setting the global Spotify record for biggest single-day streams. The record was previously held by XXXTentacion’s “SAD!,” which garnered 10.4 million Spotify streams on June 19, the day following his fatal shooting.

Mariah responded to the news via Twitter on Christmas Day.

“All I Want For Christmas Is You” by Mariah Carey has broken the Spotify record for the most streams in a single day with over 10.8 MILLION streams. The previous record was held by XXXTentacion’s “SAD!” with 10.4 MILLION streams on June 19th. 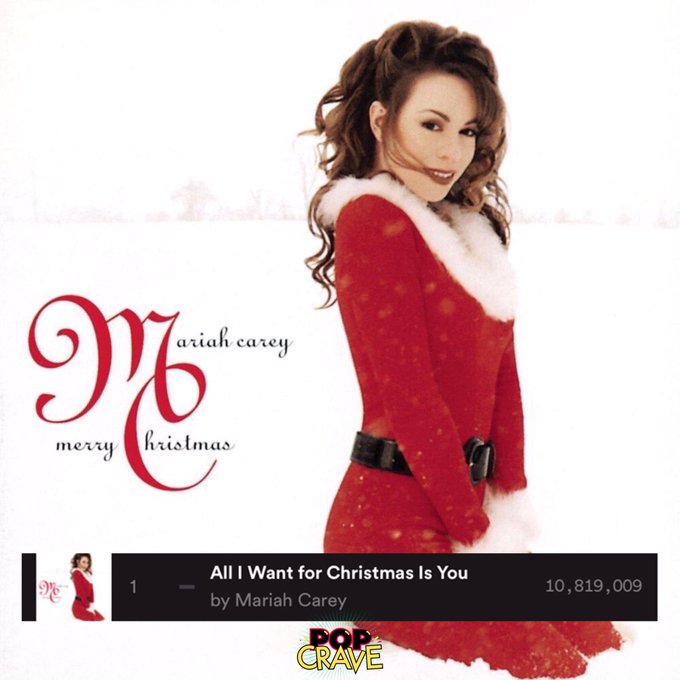 “All I Want for Christmas Is You” released Nov. 1, 1994, serving as the lead single for Mariah’s Merry Christmas holiday album. The singer produced and wrote the song alongside Walter Afanasieff.

“The crazy thing about it is, every year it tends to increase in popularity,” she told Billboard in 2017. “I’m very thankful that people seem to still have an attachment to it. It makes me feel good when people tell me that it’s part of their lives.”

“All I Want for Christmas Is You” is currently sitting at the No. 7 spot on the Billboard Hot 100. The outlet reports that the track has also become the highest-charting holiday-themed record in the last six decades.